Welcome to the official store for CorbinFisher.com 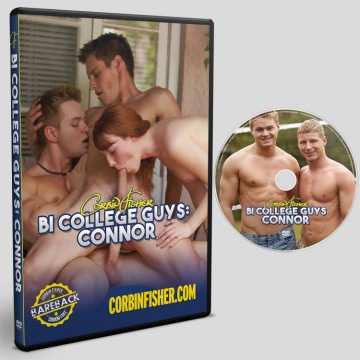 When it comes to masculinity, you don't get more Alpha than Connor. Tall and statuesque, Connor uses all the gifts he's been given (including a big, thick, cock!) on both women and men at CF treating all to the intense action this young stud is an expert at delivering. Connor loves getting his dick sucked and ridden, and his partners eagerly oblige him there. A guy like Connor doesn't need to ask twice for what he wants! Going back and forth between guys and girls and burying that big dick in every hole, Connor pounds his way thru his fellow CF studs and the lucky girls that get to join in on the fun in this collection of bi episodes, and the expression on the faces of his partners leave no doubt Connor knows how to please!